We know that the Corona Virus Pandemic is affecting many people, not only throughout the world, but also here in the State of Oregon as well. We’ve provided some links to resources available for those who are affected in any way by the Governor’s Stay At Home Order. Please don’t be afraid to reach out for help. Stay safe and take care of yourselves and each other! -@pdxalerts 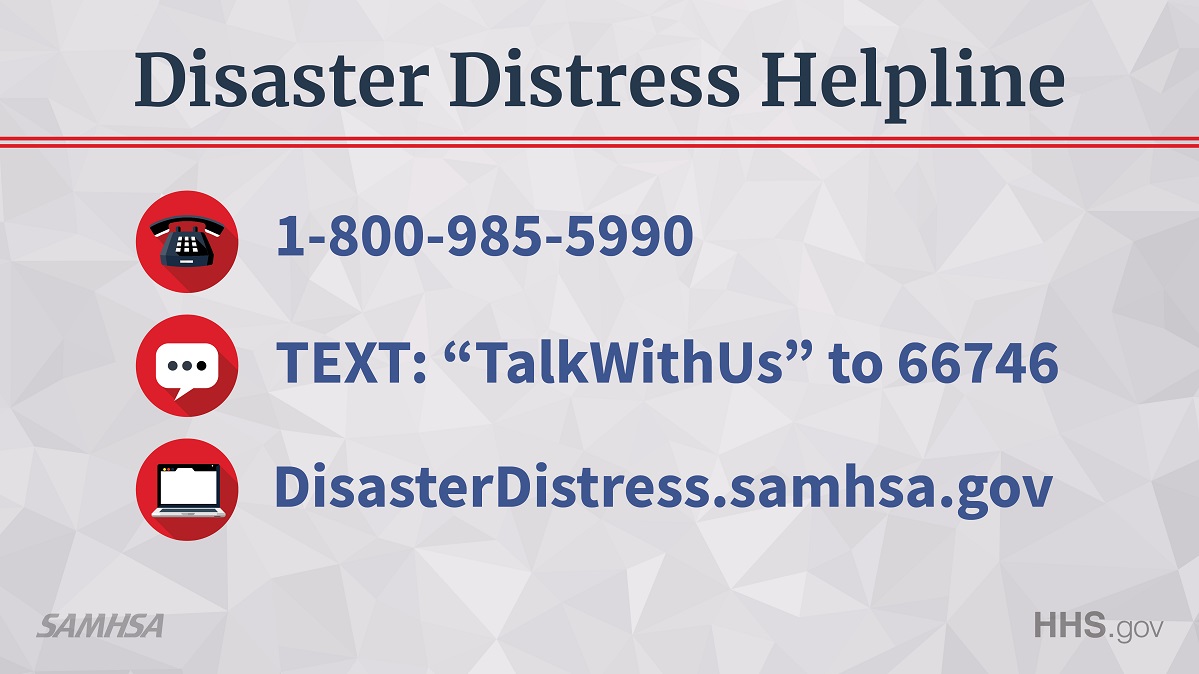 For your average person, the terminology used by emergency workers can be about as cryptic as ancient Sumerian. We’ve assembled a list of common terms used by dispatchers, officers/deputies, firefighters and emergency medical workers that you might hear if you drop in a listen to either a scanner or an online scanner feed.

Subject: a person who is usually the subject of a police call; sometimes referred to as a “suspect” if a crime has been committed or perceived to be committed

Unwanted/Unwanted Subject: a person that the caller (reporting party) thinks needs to be moved or removed by police

Info Call: a call for service that is usually either a low priority call or is lowered by a sergeant that either doesn’t require a police response; sometimes the call is lowered because a caller wishes to remain anonymous and, therefore, there exists no witness to verify that a event has happened, or because the call is so old that it is unlikely that it is still occurring

Call Holding: a call that has not been dispatched because it is either a low priority call or  because there are no officers available to respond

Phonetic Alphabet: a way of giving a letter without it sounding like another letter; for example A=”Alpha” or “Adam”, B=”Bravo” or “Boy”, etc. There are two commonly accepted phonetic alphabets, the military version which is also used by aircraft, and the civilian version which is commonly used by police/troopers/deputies/security.

10-codes: a set of numeric codes which infer a meaning, such as “10-4” which means “I copy or I acknowledge your transmission” or “10-9” which means “please repeat your transmission”; there is no standard for 10-codes, every department or dispatch center can be different; some agencies use a combination of 10-codes and 12-codes. 12-codes are just like 10-codes but instead of a “10” in the beginning, it’s a “12”. Commonly used 10-codes and 12-codes used in the Portland Metro Area are:

10-4: I understand or have received your radio transmission, or “yes”

10-8: On duty and/or available for radio calls

12-34: has or is having a mental health problem

Clearance Codes: these are the codes used when clearing a call; again, every agency or dispatch center has a different set of clearance codes; sometimes expressed as a letter-number combination (such as Willy-2, or X-ray 1, etc) or as a single letter (J or C, etc) or as a 10-code, or as a 12-code, or any other way that agencies clear their calls.

Code 2: respond using lights only; generally at a faster rate than Code 1 but no siren; assistance needed as soon as possible; units will sometimes use an air horn to get through traffic.

Code 3: respond lights and siren; moving at a generally high rate of speed but while still exercising due caution for the public; assistance needed now; this is generally the fastest response.

Code 4: “everything’s ok” or “we’re fine”, sometimes a 10-code will supplant it since not every agency uses the same terminology or even the same 10-code; usually used when being status checked by dispatch or another unit.

Code Zero: This is perhaps the most frightening thing to hear; this means an officer’s life is in danger and assistance cannot wait; in most settings, all available units will converge on the officer’s location.

Status Check: a term used by dispatchers, supervisors, and officers when trying to figure out whether a unit is still on scene, is ok, or needs assistance.

Slumper: a person slumped over either behind the wheel of a car or on a bench or ground; usually associated with IV drug users or drunks who are unable to maintain consciousness.

Vs or Versus: a common term used when describing a crash or an accident involving two different types of participants; “car vs pedestrian”, “truck vs telephone pole”, “bicycle vs fire hydrant”, ad infinitum.

Crash/Accident: interchangeable terms used to describe an event in which some object strikes or hits another object; some people really care about which term is used… pdxalerts does not.

Call: an incident in which officers/medics/fire are dispatched to

Shots Fired: bullets fired from a firearm of some type

Bullet Strikes or Strikes: evidence that a bullet has hit an object

Machete: the weapon of choice of many of Portland’s homeless population

ETOH: the abbreviated term for ethyl alcohol or ethanol, or consumable alcohol, or more commonly known as “hooch” or “booze” or “how a @pdxalert reporter spends their time off some days”

ECIT: Enhanced Crisis Intervention Team – Usually it’s an officer (Portland Police Bureau) who has received specialized training in working with clients who have or are having a mental health crisis but is still in a uniformed and patrol position, these officers are usually tasked with responding to calls involving mental health in addition to their regular patrol duties

BHU: Behavioral Health Unit – a specialized unit that only handles mental health calls and is usually a non-uniformed officer paired with a mental health professional

Cover: a second or more officers responding to assist an officer on a call, usually when a “cover officer” is dispatched to assist an fellow officer, they will be told whether to respond “Code 1”, “Code 2”, or “Code 3”

“Step up cover”: “have the responding ‘cover officer’ respond faster because I either need more help or I’m about to need more help”

HNT: Hostage Negotiation Team, a team of officers specially trained for dealing with hostage or potential hostage situations, this may include members of a SWAT team and they often work in tandem with SWAT to resolve a call

SRT or SERT: Special Reaction Team or Special Emergency Response Team is a team of officers specifically trained for high threat situations, in Washington County they are referred to a “TNT” or the Tactical Negotiations Team

EOW: End of Watch – usually reserved for when an officer has been killed in the line of duty and is often followed by a the date on which the officer was killed

Description: a physical description of a person that includes approximate height, weight and age, perceived physical sex (not gender), perceived ethnicity or race (black, white, hispanic, asian, American Indian or Native American, Polynesian, etc), skin color or tone (black, white, light skinned, dark skinned, etc), clothing worn, and any other information that might help someone identify someone else; sometimes descriptions are shortened to “BMA” or “WFJ” or something similar, which is short for “black male adult” or “white female juvenile”, or some other combination of descriptors (WFA, HMA, AFJ, etc)

[disclaimer-we understand that some of these terms/descriptors may be considered sensitive by certain persons; however, these are commonly used and accepted terms in the world of emergency response, and we aren’t in a position to change any of that, and any desired changes will need to be expressed to the agency responsible for radio communications]

@pdxalerts gots shirts!
Our t-shirts are brand new and basic black with 3 colors on the front and single color on the back. These original shirts feature a tweet that might just about sum up living in Portland, Oregon: “Portland: Because crazy is as crazy does. #AvoidTheArea“.
This shirt features our current 2018 logo and shows “5 Comments, 0 Retweets, and 3 Likes“; a throwback to the original Oregon Area Code. On the back is our Twitter handle: @pdxalerts.
This is original branded content directly from the crew that runs @pdxalerts. Each shirt will be shipped with a hand written note from one of the reporters.
These soft 100% cotton t-shirts are available in Small – 3 XL. The shirts are all a little longer in the body but overall sizing seems to be consistent with other shirts we see available.
Get them now because we don’t know if we’ll do another run with this design and they have been going faster than expected.
To order your shirt, send an email requesting desired size and quantity to real.pdxalerts@gmail.com and we send payment arrangements. Shirts are shipped USPS First Class within 3 business days.
Price: $20
Shipping: $5
Total: $25 American Dollars
Order: real.pdxalerts@gmail.com

Hey, folks! Welcome to @pdxalerts official webpage. We do most of our work on Twitter, but we also have a Facebook page that is updated with the tweets from our Twitter account. If you’re searching for more information about @pdxalerts, you’ve come to the right place. Background information can be found here on our about page. As well, if you have a comment, please feel free to do so here on our contact page. Since we do most of our work on Twitter, we tend to monitor that account most often. We accept direct messages on Twitter and you’re welcome to reach out that way if it’s convenient. As well, you can reach out via email: real.pdxalerts@gmail.com. Keep an eye out, we may have some new content or features coming soon to @pdxalerts.com.

As always… thanks for following @pdxalerts!